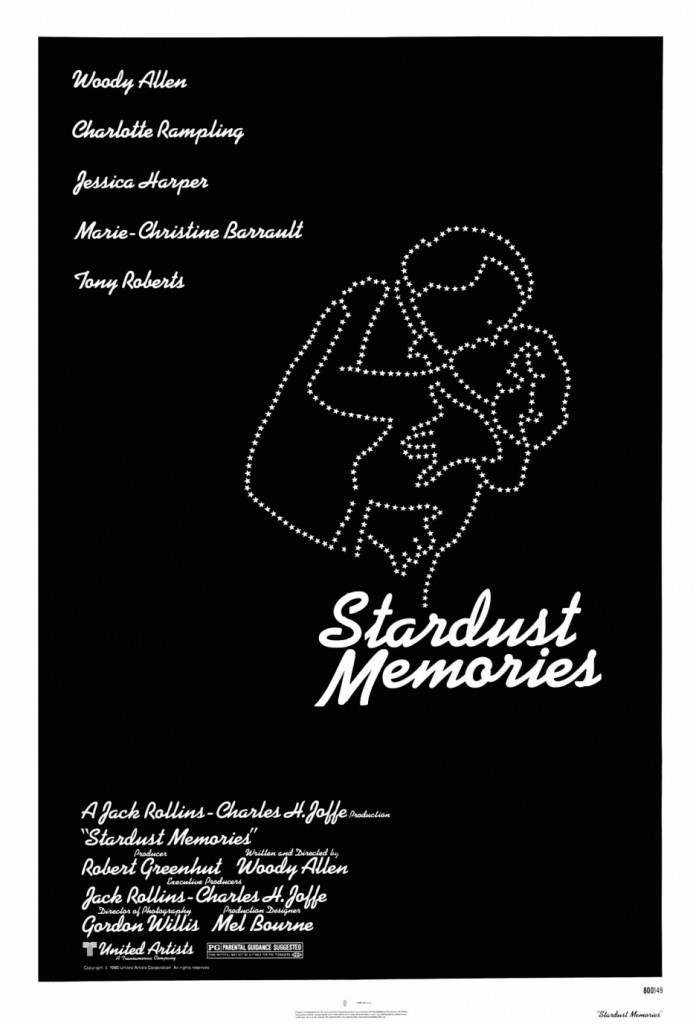 Stardust Memories is considered Woody Allen’s first cinematic misstep. It is a film with a lot of problems. Amongst the problems are hidden some wonderful moments, but for some, they are overshadowed. For us, we think it’s a lovely, but extremely flawed film.

Woody Allen plays Sandy Bates – a reknown director looking for a change. He is invited and attends a retrospective of his own films, where he is faced with fans and critucs all wanting his time. During all this, he reflects on a past relationship that’s gone wrong but still haunts him, and tries to find happiness with a new partner.

That’s the premise – the problem is the delivery. Filmed in black and white and portrayed largely in metaphor and fantasy, it is clearly a tribute to Fellini, and in particular ‘8 1/2‘. It is almost as if Allen took the idea of ‘8 1/2‘, and out his stock persona in there instead – and then took out the funny.

In fact, the film gets down right nasty. It is a black and bitter portrayal of his public, and at the time, a public that adored him. The audience are largely stupid, will laugh at anything, miss the point, rude and intrusive. Studio executives don’t get it either, and the critics missed the point. Harsh stuff.

But is it all so bad? Decades later, with other filmmakers and Allen himself having returned to this topic, in harsher ways, this film seems tame. And those attacks are part of a bigger question – what is life all about? Sometimes it feels like Allen is questioning what it means to be a film maker at all.

It’s heavy handed, but the film has plenty of nice moments if you go with it. The subtle joke of the pictures in Dorrie’s apartment, reflecting what the people feel. Bates’ films, all funny skits that could have been in his own films. The scene with the aliens is one of Allen’s best.

Charlotte Rampling is mesmerising as Dorrie. She looks beautiful and fragile as we follow her every emotion. Cinematographer Gordon Willis, who also worked on Manhattan and Annie Hall, is back here and on top form, making every bizarre scene work. An array of amazing faces make up the extras (including future stars Sharon Stone and Daniel Stern). Allen continues to use music in new, fresh ways.

And sometimes, the film does click into place and it all works. The wonderful visuals, the music, and the fantasy takes over. Allen is confident in many long shots, and much dramatic flair. The ending of the film is ultimately uplifting – and echoes Manhattan‘s sentiment that it’s the trivial but beautiful things in life that makes it worth living. And Allen/Bates gets some answers to his questions (from aliens of all things).

Is it autobiographical? Allen claims not, but it’s tough to not see many elements of his life and experience in this film. A pessimist dealing with almost universal adoration. A reclusive personality suddenly famous. It’s no doubt an exaggeration, but Allen can sometimes be extremely naive about what he gives away of himself in his own films. On the other hand, recreating situations might be autobiographical, but the film might now show the truth of a situation.

If only the film was cut together better. If only the structure wasn’t so bizarre. If only there wasn’t one too many cinematic tricks. If only Allen didn’t labour his point. If only so many plots weren’t just left to dangle. There’s a lot to say about the meaning of life, if we are wasting our lives, and what do we do in the face of emptiness. But it’s not done very well here. And it lacks the humanity of Allen’s best work.

Woody Allen has always been in awe of the great European directors. Here, his love for them crushes his own film – and crushes what we love about Woody Allen films. But it’s better viewed as a flawed work than a nasty one. And one that does have a lot of beauty and heart, if you’re willing to find it. 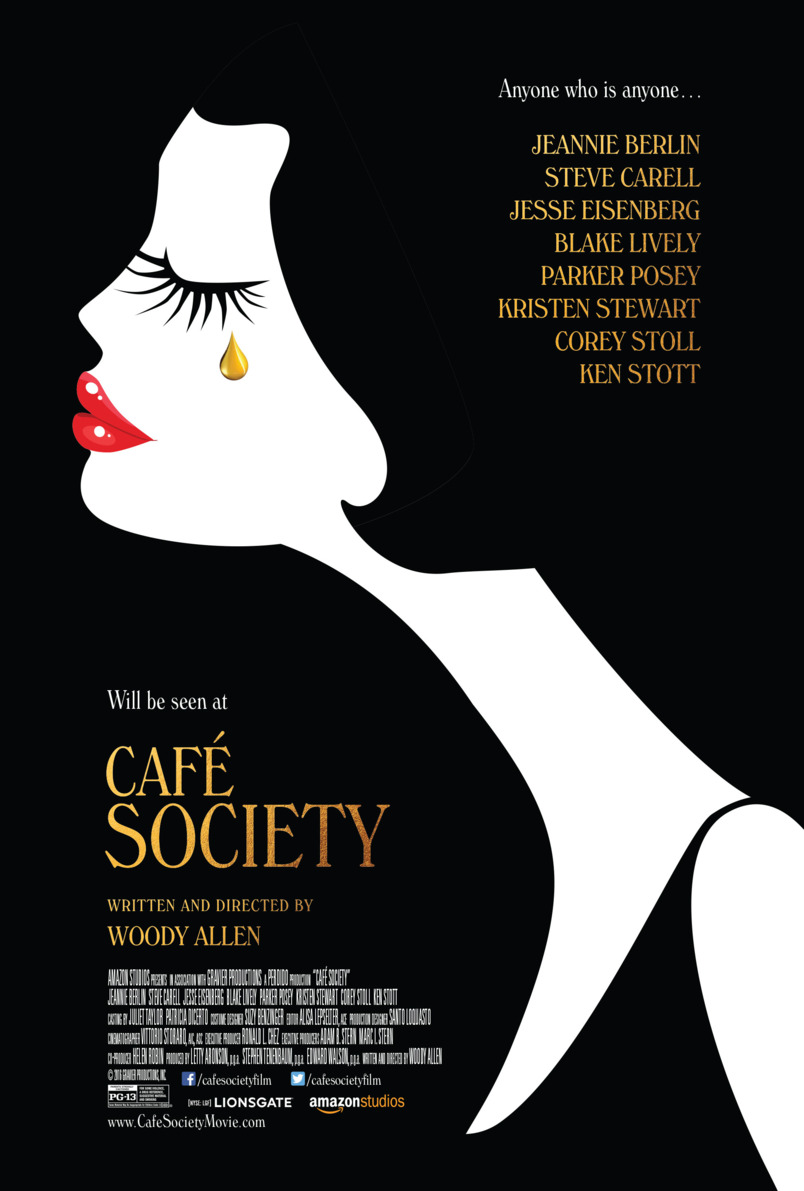