The Curse Of the Jade Scorpion 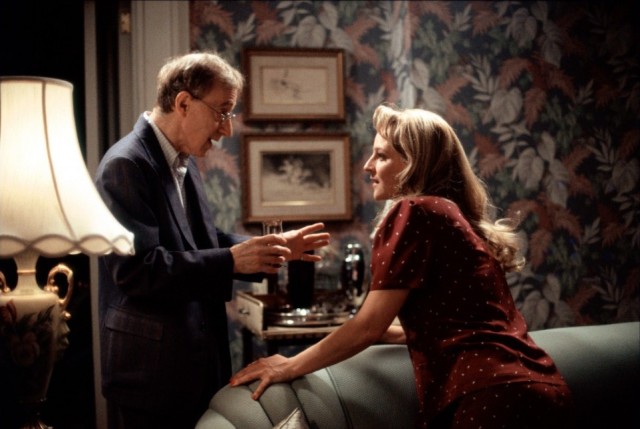 So lightweight at times it threatens to blow away, ‘The Curse Of the Jade Scorpion‘ continues the run of comedies Allen pumped out in the 00s. A bright cartoon, it has many fun moments but the style and grace of the man who brought us Manhattan is nowhere to be found.

Woody Allen stars as CW Briggs. An insurance investigator whose workplace rival is Betty Ann Fitzgerald (Helen Hunt). Both come under the spell of a hypnotist named Voltan (David Odgen Stiers), and find themselves chasing after criminals that are closer to home than they think.

‘The Curse Of the Jade Scorpion’ News Stories (show all)