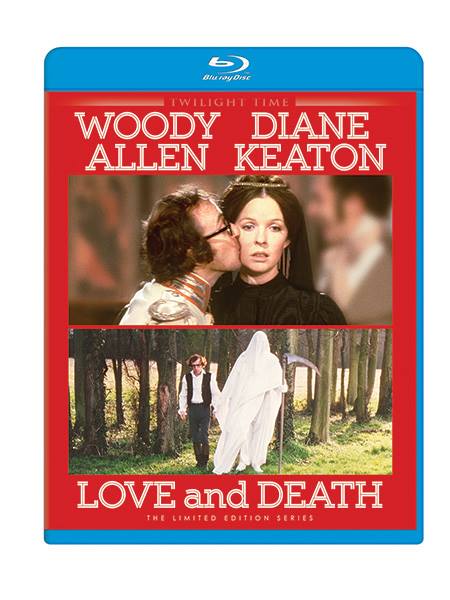 Love And Death, the 1975 film written and directed by Woody Allen, is out now on Blu-Ray for the first time. The release comes from Twilight Time, the Blu-Ray reissue label that has released a number of Allen films over the last two years.

You can purchase the Blu-Ray now at Screen Archives.

The Blu-Ray comes with an isolated music and effects track, and the original trailer. They also seemed to have changed the cover with two new images.

All Twilight Time releases are limited to 3000 copies, so get in quick.