This fun clip is taken from the Merv Griffin Show from 1969. It’s Allen still very much in stand-up comic mode, and out promoting Take The Money And Run.

It’s interesting to think how adverse to interviews he is these days, when he used to be so good at it. He’s natural wit is there, and his comebacks are very fast. We’ve seen a lot of Woody Allen interviews, and he doesn’t fallback on easy lines. He runs circles around Merv.

It’s a cute little clip, just ignore all the bugs and promo on screen.

During the interview, Griffin mentions seeing Allen in Playboy. We assume it’s his appearance from 1969. Allen appeared in the magazine a few times, including in 1966 and an interview in 1967.

The 1966 is a photoshoot involving Allen and various women and a bunch of cool looking cameras. 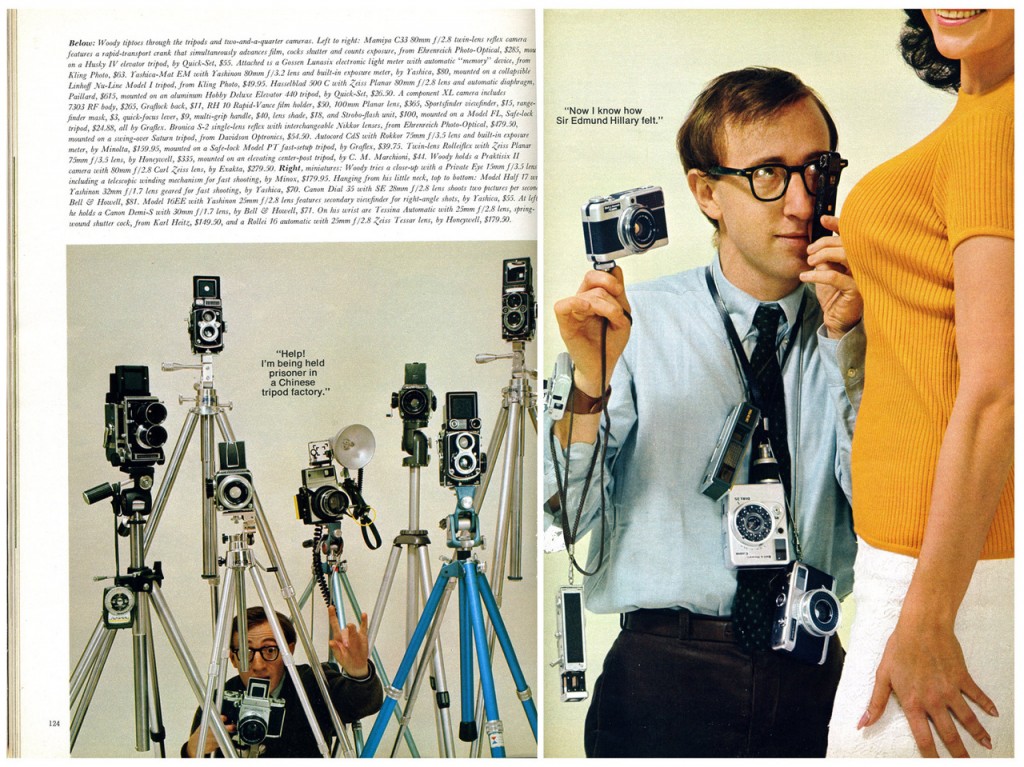 The interview is long and fascinating. You can read a transcript of the whole thing over at the blog Friday Night Blog. A PDF of the original article can be found here. 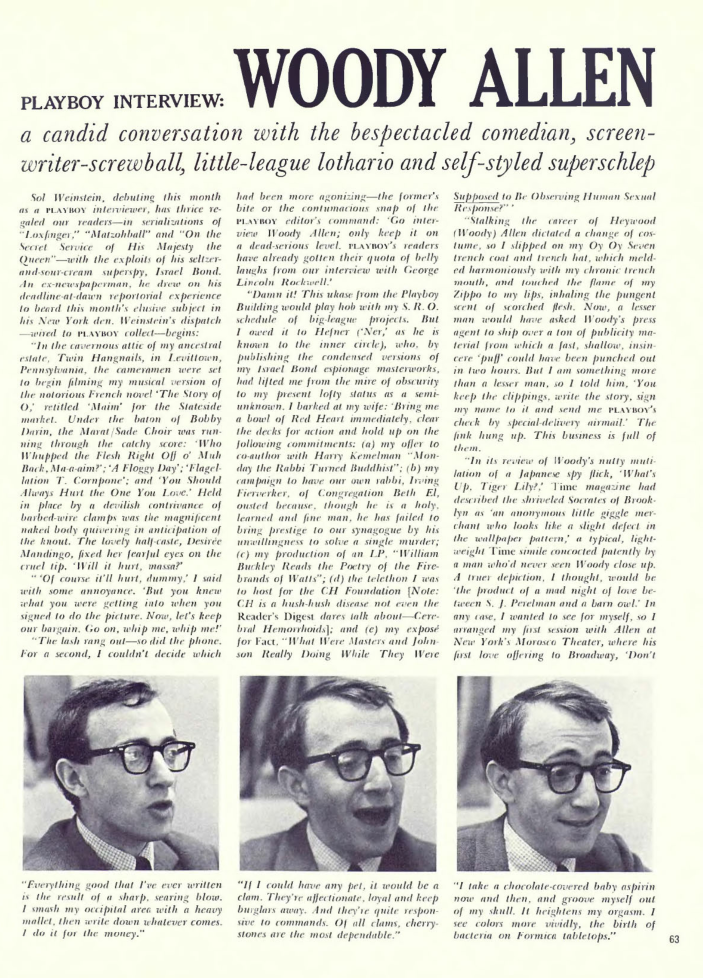 The 1969 appearance was a much racier shoot with Bettina Brenna.

We’re not sure if Allen has ever appeared especially for Playboy since these appearances. Both Playboy and Allen moved away from that swinging sixties vibe shortly after this. 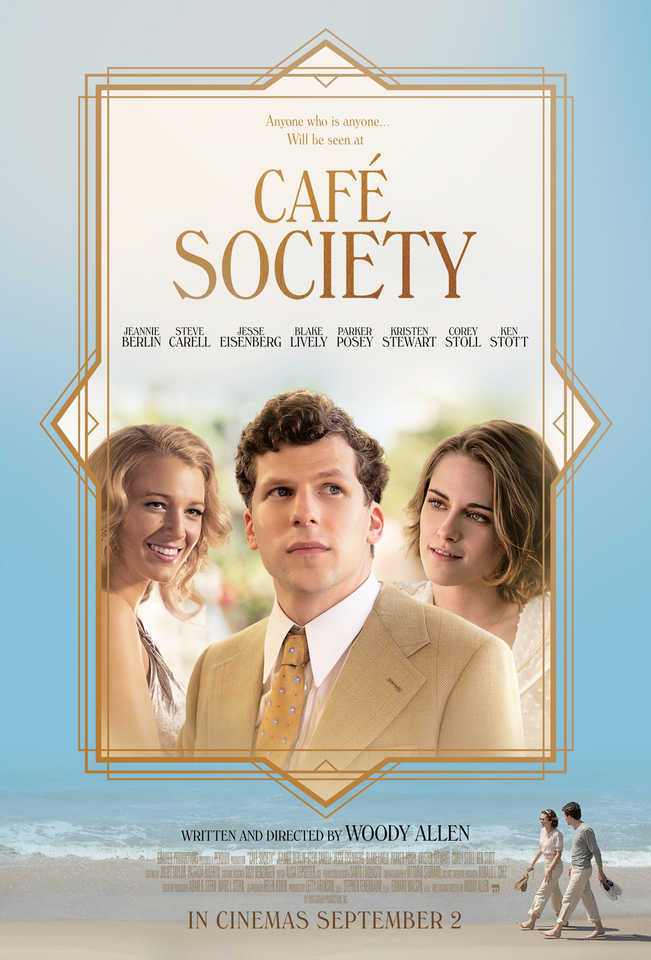 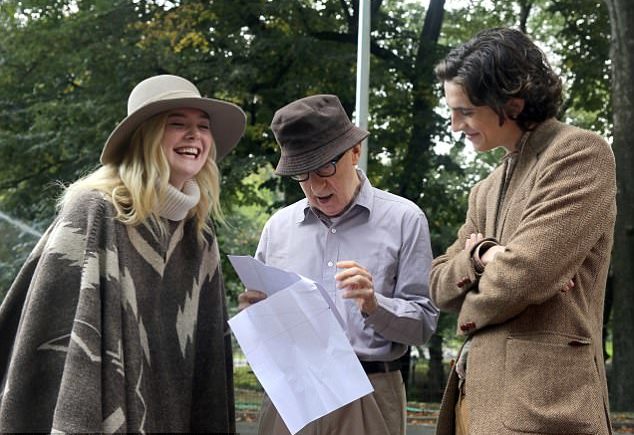 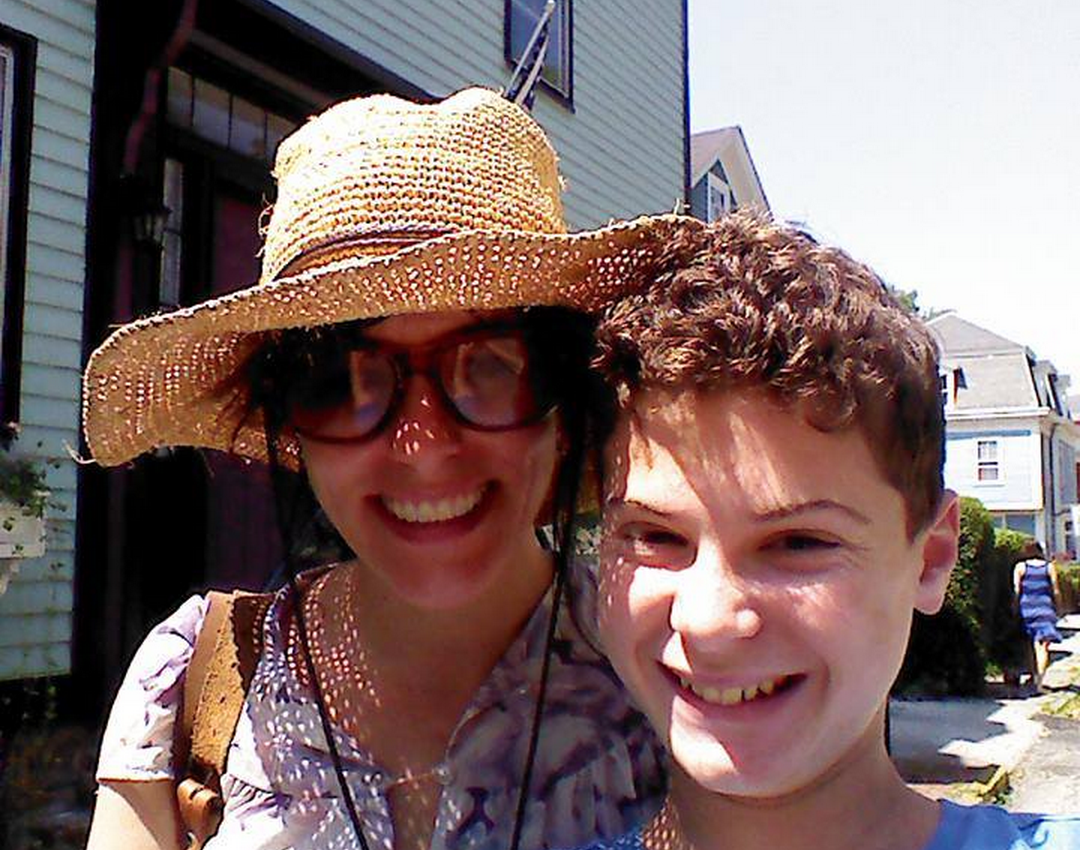