The Woody Allen Pages has been around now for 9(!) years, and this year we launched a podcast series. The Woody Allen Pages Podcast episode 1 is out now and you can subscribe in the links below. But there’s more than just us – so here is a guide to other Woody Allen podcasts. If more come along, and we hope they do, we’ll update this page.

There’s been a growing list of Woody Allen podcasts and Allen himself has been doing more podcast interviews. Here is a directory of shows about Woody Allen, as well as podcast episodes where Woody Allen appears.

Let’s start with ours. It’s a podcast that will feature audio documentaries about each Woody Allen film, not in any particular order. It launched in 2021.

Planet Tyro started the podcast in 2016 – and it’s kind of amazing that it took this long for someone to make a Woody Allen podcast! Kudos to the Planet Tyro team, who also stuck with it, covering every Woody Allen film up to 2019’s A Rainy Day In New York. They also have other specials talking about Allen’s memoir, acting jobs like the good ones (The Front) and the bad ones (Picking Up The Pieces) and even Allen ‘adjacent’ films. There’s hours and hours of great content to binge through.

Launched in 2021, WhatWoodyDo is the work of Hong Kong based William Elvin. Every episode, Elvin and a friend talk through Allen’s films in chronological order. It’s still very new.

You can find more details on how to listen along at their website.

Allen has now done a couple of podcast interviews. Here’s the ones you should listen to.

Baldwin has appeared in three Woody Allen films (Alice, To Rome With Love and Blue Jasmine). He had Allen on his show Here’s The Thing in 2020.

Allen appeared as a guest in 2014, in his first podcast interview. Around the time of Magic In The Moonlight.

Woody Allen appeared as a guest on NPR’s Fresh Air in 2009 and 2012, which is available archived online.

If you know of more Woody Allen related podcasts – shows or episodes – please let us know! 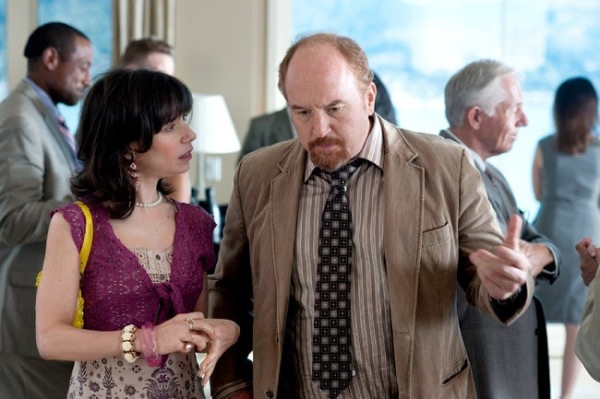