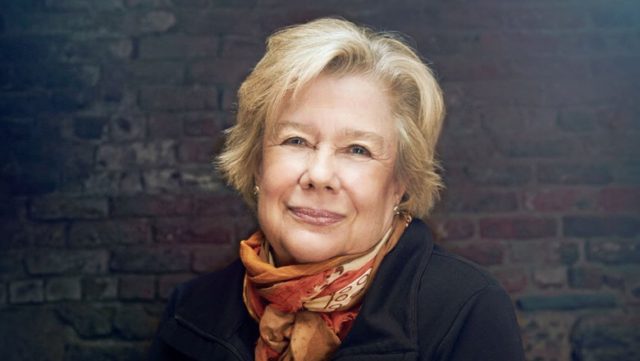 It seems that Juliet Taylor, Woody Allen’s long serving casting director, has retired. She worked on 43 films of Allen’s, the longest collaboration for Allen, in a career full of long collaborations.

News comes as she is not credited for Wonder Wheel, and her name is not in the newly released poster. She also didn’t work on Allen’s Amazon series Crisis In Six Scenes, although at the time we thought it could have been because of the format. There’s been no confirmation, but the unbeaten back to back run of films is definitely broken.

Taylor had worked with casting legend Marion Dougherty, who had cast some of Allen’s very early films. When she wasn’t available for Love And Death in 1975, she suggested Taylor, who was 25 at the time, and had assisted in casting Bananas (1971). Say Dougherty:

Juliet Taylor had been, to drastically understate it, my secretary, assistant, colleague, and much more for years. Woody was still reluctant, so I promised him that if he hired Juliet, I would work with her to take care of him. He followed my advice and hired Juliet; and she’s been casting for him ever since, quite brilliantly, I might add and without any help from me.

You don’t work with someone for that long without earning their utmost respect. In 2013, Allen even wrote an open letter, highlighting Taylor’s role, when the Academy was debating the inclusion of casting in their awards. In it he says:

In my case certainly, the casting director plays a vital part in the making of the movie. My history shows that my films are full of wonderful performances by actors and actresses I had never heard of and were not only introduced to me by my casting director, Juliet Taylor, but, in any number of cases, pushed on me against my own resistance.

He knows exactly what he wants. He has some sort of inner thing and he will never compromise. There aren’t many actors he really admires. Actors who others find interesting, he will find lackluster. He’s easy to work with because he’s so clear-minded.

Allen’s rich parade of stars that are throughout his films is the work of Taylor, and it has been a major part of his filmmaking technique. Allen credits Taylor with finding Jeff Daniels, Mary Beth Hurt, Patricia Clarkson, Mariel Hemingway, Dianne Wiest, Meryl Streep, Chazz Palminteri, Joaquin Phoenix, Parker Posey and many more, possibly hundreds, to his films.

Taylor’s input has helped to shape Allen’s scripts. Allen told the DGA about how Taylor convinced him to change the lead of Midnight In Paris:

Juliet always felt that the lead character was too young and unaccomplished, and it made him too much of a failure, too much of a loser. She encouraged me to make the character older, and to just have the plot point that the picture turns on be one of his little idiosyncracies and weaknesses, but that in general he would be a wealthy, successful non-loser. That was a big change in the character, and it required a change completely in the casting of the picture as well. Instead of having to get a cast that basically was under 27 years old, I could suddenly cast between 25 and 45, so a lot of excellent people suddenly became possible.

And that film turned out alright, didn’t it?

We also love the Nick Apollo Forte story. Allen and Taylor had seen dozens of people, some big names, some future stars, but Allen wasn’t satisfied. Taylor managed to find Forte from a record sleeve of an obscure album, found him, brought him in and he got the role in Broadway Danny Rose.

Her non Allen work is also a list of tremendous films. Everything from The Exorcist, Schindler’s List, Close Encounters Of the Third Kind, Arthur, Big, The Birdcage and dozens more.

We are sad to see her go, but she has totally earned a break as well. We wish her the absolute best. American cinema would not be the same without her huge contribution.

She is succeeded by Patricia DiCerto, who has been serving as a casting assistant for Allen since Match Point in 2005. That’s 13 films…only 31 more needed to break Taylor’s record.