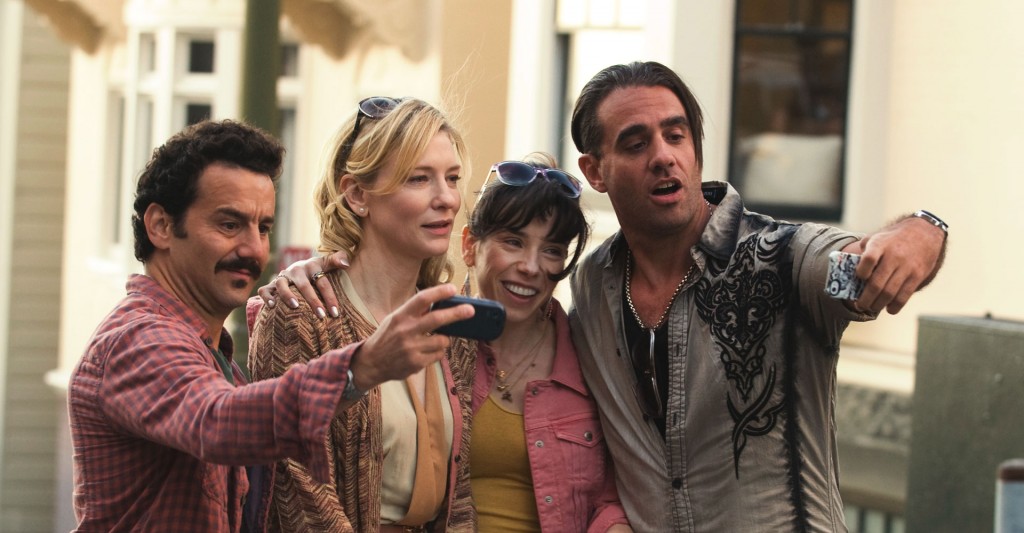 Sony Pictures Classics just held a press screening for Blue Jasmine, the new film from Woody Allen. As a result, reactions and reviews are coming in through twitter – and they are overwhelmingly positive.

Most of the postivity is around Cate Blanchett‘s performance. But the overall film seems to be a winner, with Sally Hawkins and Andrew Dice Clay getting praise as well. Many of the below also had follow up twitter conversations discussing the film. If you don’t mind ruining this for yourself, you can do a search for Blue Jasmine on Twitter for more.

Here are those tweets.

BLUE JASMINE, Woody Allen's new film, might be his best in 20 years. in theaters 7/26, look for our review week of release.

"Blue Jasmine" is fantastic. Crushing, funny, Woody. Let's all agree to throw awards at this one.

Get that Oscar talk going for Cate Blanchett. Yes, she's that good in BLUE JASMINE.

Strong stuff, Woody. Quite broad but drives viewers to the breaking point. #bluejasmine

BLUE JASMINE is welcome respite during another block(bust)er summer. Its inspired casting is only matched by the actual performances.

Caught advance screening of #WoodyAllen's excellent new drama #BlueJasmine. #KateBlanchett is phenomenal. Not to be missed…

Finally, Showbiz411 has posted about the screening, and how it was so full it had to have a second screening.

At last: we saw Woody Allen’s “Blue Jasmine” tonight in a screening room so full at Sony that an overflow room had to be booked at Dolby down the street. It’s a little early for a real indepth review since “Blue Jasmine” doesn’t open until July 26th. Still, I will tell you that Cate Blanchett is a cinch for a Best Actress nomination. She could win the whole enchilada, too. She’d be Woody’s first Best Actress since Diane Keaton in 1978′s “Annie Hall.”

Allen’s not usually that favoured by US critics, however twitter is usually the place for champions. It is hard to gauge how audiences might react, and if this could be another Midnight In Paris level hit.