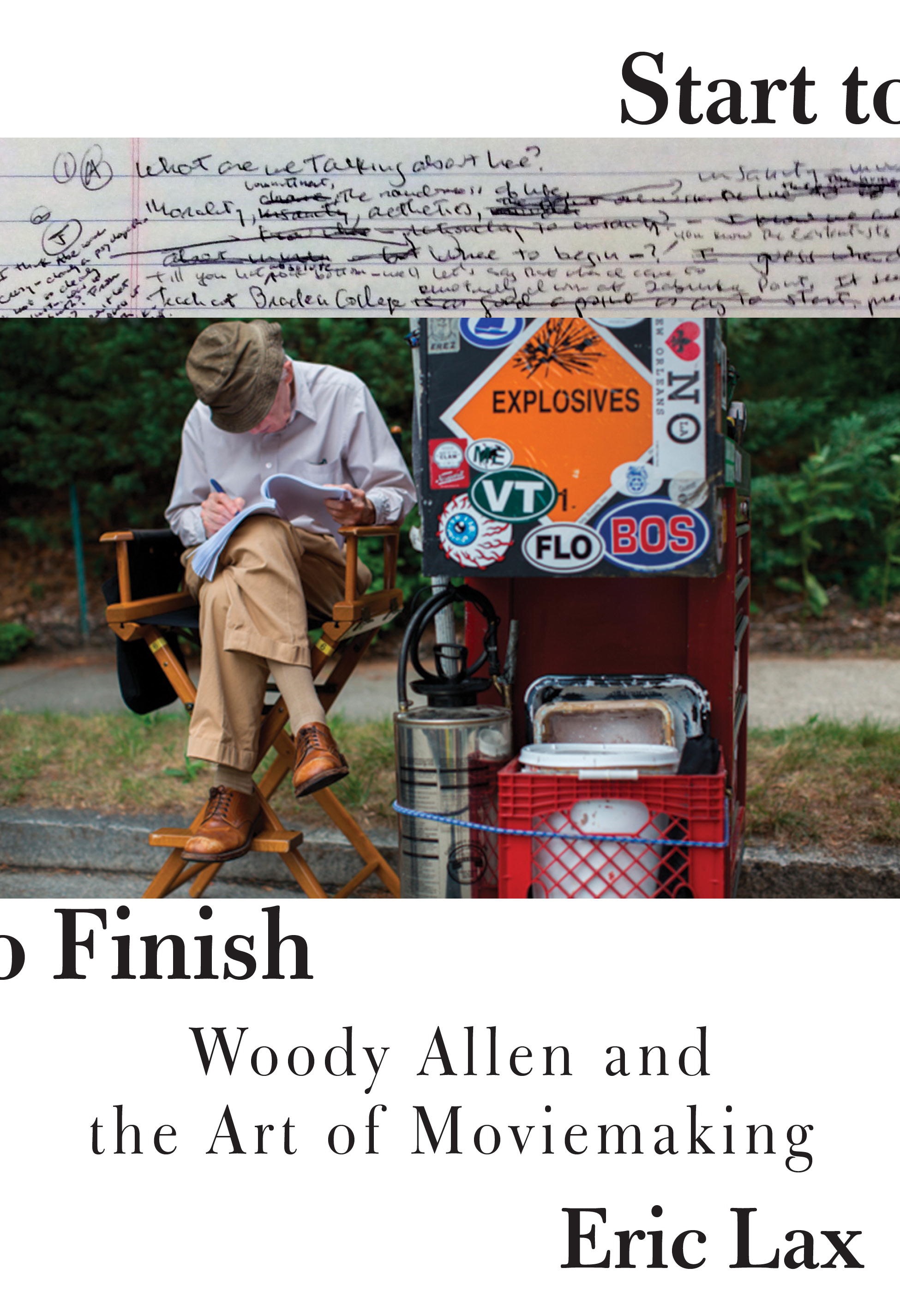 Eric Lax has been writing about Woody Allen longer than anyone. He wrote On Being Funny in 1975, based on extended interviews with Allen, discussing comedy and art. He followed it up with two definitive Allen texts – Woody Allen: A Biography in 1991 and Conversations With Woody Allen in 2007. Next month sees Lax’s 4th book about Allen released – Start To Finish: Woody Allen and the Art of Moviemaking.
The new book takes the premise of following Allen as he makes a film – 2015’s Irrational Man – and taking us through the entire process. From idea, to scriptwriting, dealmaking, finances, casting, production, editing, music and release. It takes us through Allen’s much discussed film-a-year workload. Lax had special access to Allen throughout.

It doesn’t matter if you’ve seen Irrational Man or not. The real story is the snapshot of Allen’s career, and his particular way of making films, and how it has (or hasn’t) evolved. There’s also interviews with people in Allen’s circle, and Lax draws on his many past interviews with Allen the illuminate each topic.

We will do a much fuller review, but Start To Finish reads like an update on Conversations With Woody Allen. Split into sections, it continues the dialogue Lax has had with Allen for over four decades. It is full of insights, revelation and secrets.

Start To Finish: Woody Allen and the Art of Moviemaking is released on 3rd October 2017 in the US and UK. You can pre-order it on Amazon US or UK. It is released on 27 November Australia.