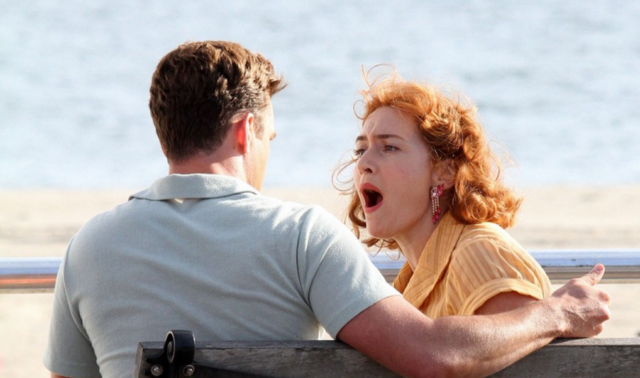 Filming continues and we are into our third week of filming for Woody Allen’s 2017 film. We have more pics of stars Kate Winslet and Justin Timberlake fighting, and the production seem to be building vintage shops along the boardwalk of Coney Island.

Pics of the stars have them fighting and yelling. They start of intimately, arm in arm on the boardwalk. Then they argue over what looks like a fob watch. Just Jared had really good pics.

The production also filmed in the Freak Bar in Coney Island, 1208 Surf Ave, and Ruby’s Bar And Grill, 1213 Boardwalk W. It looks like it was turned into Ruby’s Clam House. The filmmakers also recreated a vintage replica of an old Amusements sign – so they are working from real photos it seems. 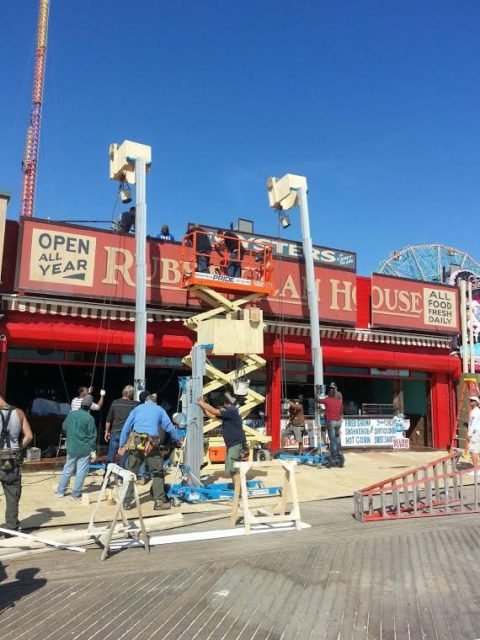 Winslet And Timberlake were in the scene. And we have some plot details thanks to Coney Island Blog.

The film’s star Kate Winslet plays a character that is being targeted by a character played by former Soprano’s star Tony Sirico, aka Paulie Walnuts. Kate Winslet’s character falls in love with a Coney Island lifeguard portrayed by Justin Timberlake.

Here’s a great shot of the extras.

Still plenty more to learn. Check out all our 2017 Film coverage so far. 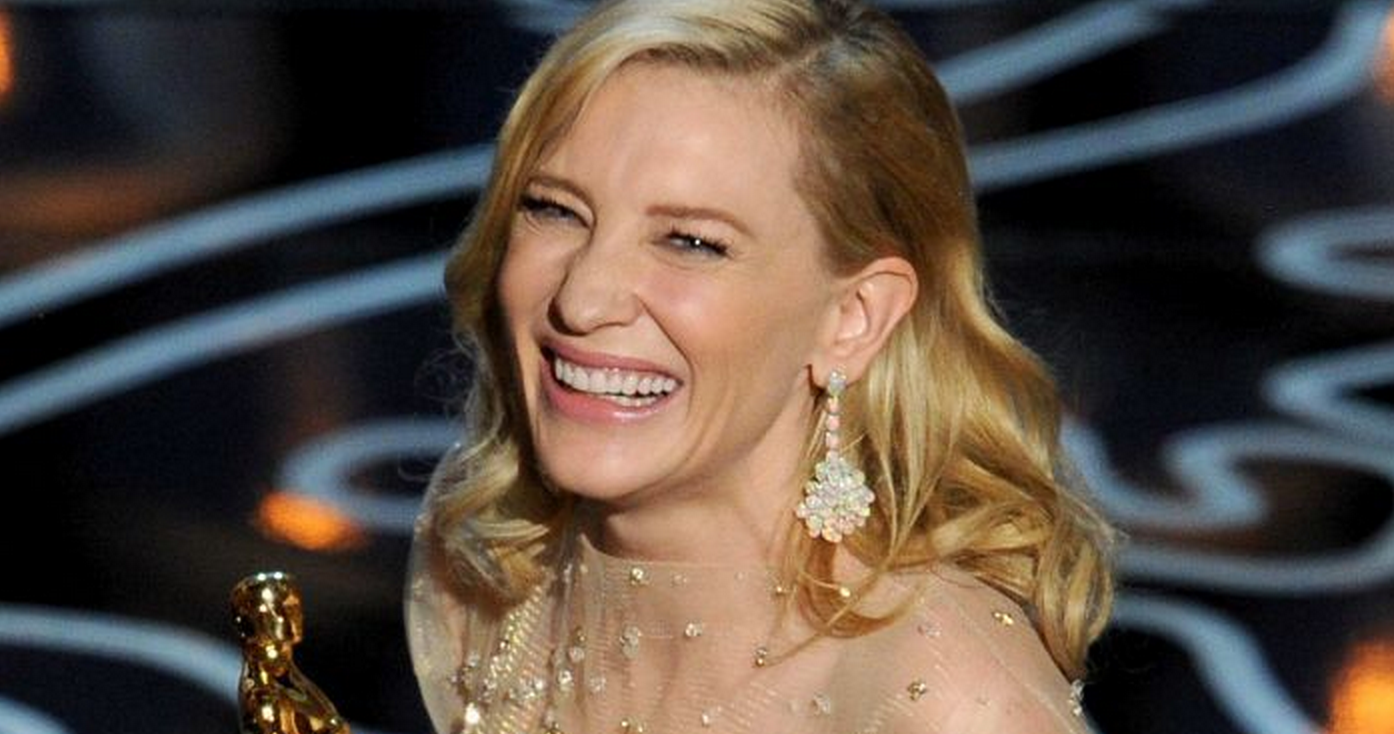