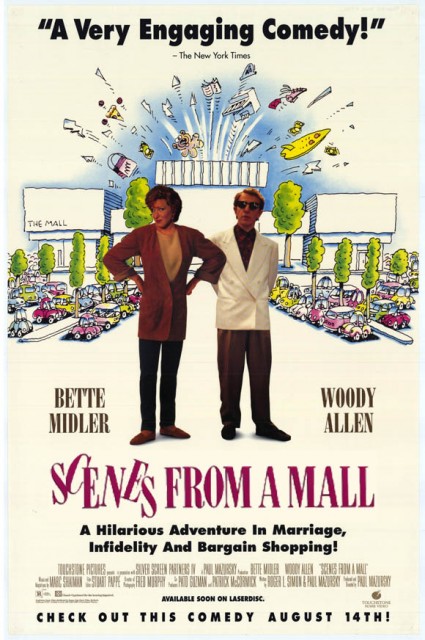 Released in 1991, Scenes From A Mall was a low budget, low key distraction. A mostly terrible film, it lacks any real memorable moments, buried under televisual and dated production values. A romantic comedy that is not very romantic or funny. 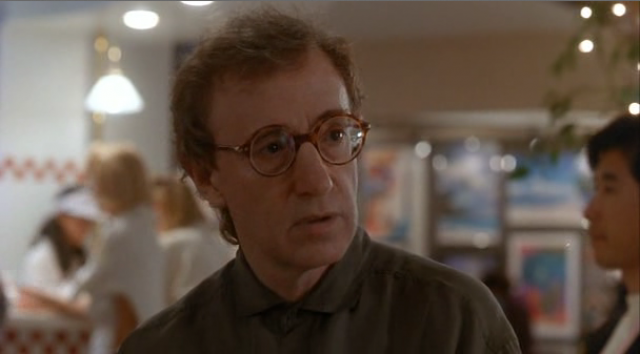 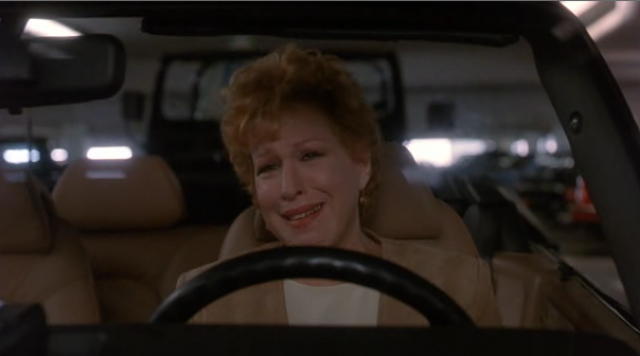 The biggest flaw in this film is it doesn’t really go anywhere. It touches on certain themes, but it never quite hit the notes. The alienation of the mall is hinted at but not used. The betrayal and secrets end up being small beans in the lives of these characters. Simply put, there are no stakes here. It’s inconsequential. 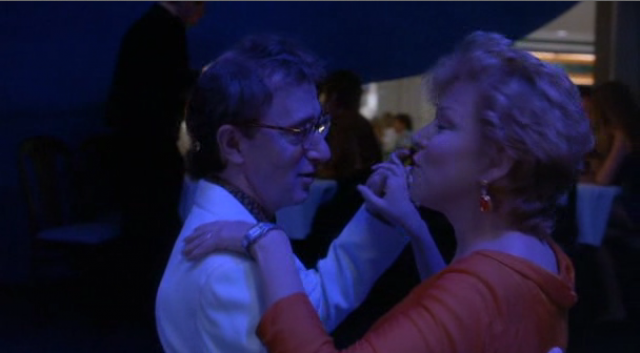 Allen isn’t great here. Its seems like a lazy characterisation, but for some reason he looks awful in Los Angeles. He doesn’t play the laid back suburban husband very well. And he is sporting an awful ponytail. Midler fares better – at least she shows some energy and verve. But she doesn’t have much to do, and there is little chemistry between the leads. When the film is almost exclusively a two-hander between the two leads, that’s a big problem.

There’s something aesthetically off about this film too. Not just the ponytail, but the white suit, the garish surfboard, that awful mime… all the things that are supposed to be cute and quirky are awful and alienating. The rappers date the film to a very particular time of the early 90s. Maybe this film was someone’s attempt to capture the spirit of the times or something. It doesn’t work. 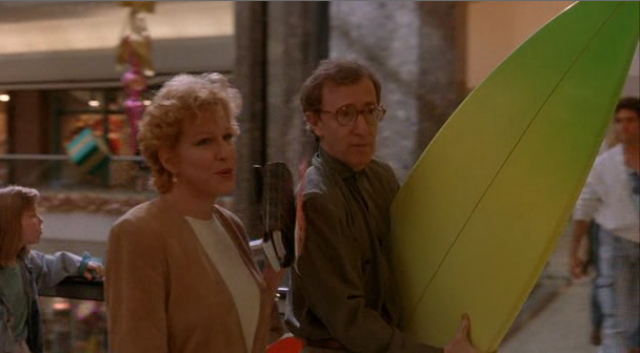 What is the film trying to say? There’s maybe ice message about making marriage work. It might be a comment on the strange, isolating world of mega malls. Or it might just say that bad films happen to good people.

The early 90s were a particularly rum period for Allen. His relationship with Mia Farrow had ended although they still worked together. The delightful Alice was a critical and commercial flub and Shadows And Fog was too difficult for most to swallow. How he got talked into being part of this laughless comedy, maybe we’ll never know.

With only a couple of films left to go in our effort to review everything, it’s pretty safe to say this is the worst film we’ve looked at so far, and will look at for this project.