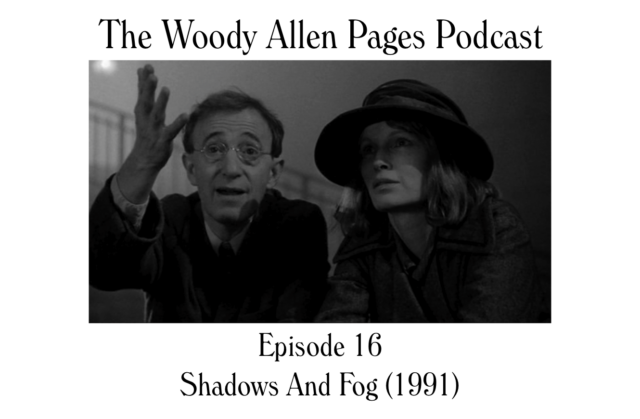 Shadows And Fog is the 20th film written and directed by Woody Allen, first released 1991.

Woody Allen stars as Max Kleinman, returning to being the sole lead for the first time since Broadway Danny Rose in 1984. He lives in a town that resembles old German expressionist films by directors such as Fritz Lang. The dark and foggy town is plagued by a killer. Kleinman has been roped in to search for the killer, but is given little or no facts to work with, and soon left on his own.

This week, episode 16, we look at 1991’s Shadows And Fog. How it was conceived, how it was made and how it flopped really badly. Spoilers are everywhere so watch the film first and then come back.