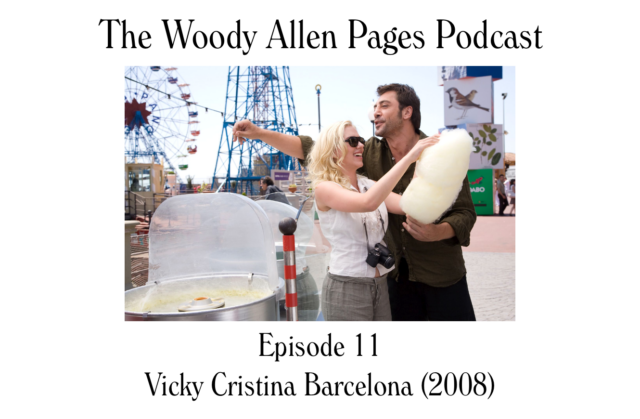 Vicky Cristina Barcelona is the 38th film written and directed by Woody Allen, first released in 2008.

Rebecca Hall stars as Vicky, and Scarlett Johansson stars as Cristina. Two friends who have decided to spend the summer in Barcelona. The two friends have very different views on love, and their lives take very different paths when they encounter Juan Antonio, played by Javier Bardem and his ex-wife Maria Elena, played by Penelope Cruz.

Woody Allen’s London period became a European period with Vicky Cristina Barcelona. And unlike his London films, which were re-written from American settings, Spain is a deep part of this film. A mix of romance and morality, it is rightly considered one of the highlights of his later career.