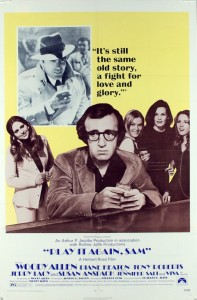 Play It Again, Sam is the most Woody Allen film that he did not direct. It is perhaps the only must-watch of what we call Allen’s ‘other films’, as he is the star and he wrote both the film (and the stage play before it). A tender story of (then) modern love, it was Allen’s first onscreen appearance that was not slapstick, and an important part of his story.