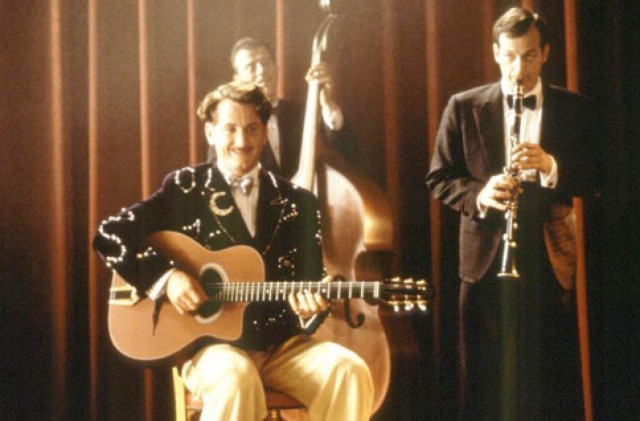 ‘Sweet And Lowdown‘ is the 29th film written and directed by Woody Allen.

Sean Penn plays Emmett Ray, the second best guitar player in the world, after Django Reinhardt (whose music has peppered Allen’s films for decades). The film plays out like a documentary, where music critics (and Woody Allen himself) discusses the key events in his life. Ray meets a mute girl, Hattie (played beautifully by Samantha Morton), who seems to be the only one that can curb his fiery anger. But as he fights between his demons and art, and might lose the love of his life.