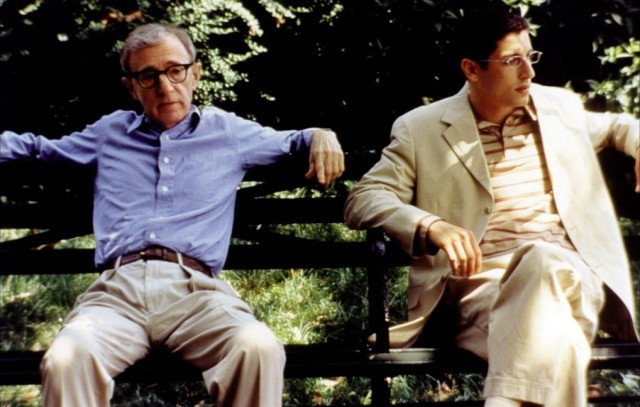 ‘Anything Else‘ is the 33rd film written and directed by Woody Allen.

Woody Allen stars as David Dobel, a mentor to the true star, Jason Biggs who plays Jerry Falk, a young writer. His life is a bunch of Allen film tropes – in love with a difficult woman, he’s in analysis, he struggles with his creativity and the basic day to day of getting through modern life. That woman in his life is Amanda Chase, brought to startling life by Christina Ricci.

‘Anything Else’ News Stories (show all)