Why do people work with Woody Allen?

A common question. Why do people work with Woody Allen?

Here’s some of the reasons why. Knowing full well reason doesn’t satisfy the unreasonable. 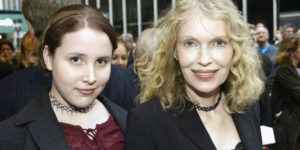 Whatever did happen in 4th August 1992, it is very clear that it is not what Dylan Farrow, Mia Farrow, Ronan Farrow claimed happened. There are plenty of books and articles devoted to the topic, but much of it comes down to 15 unaccounted for minutes, and the testimony of nannies, one of which has gone back on all her statements and said Mia Farrow paid her off.

Farrow filmed Dylan in the days following the alleged abuse, detailing the events, given to police. What is said on that tape was inconsistent with what was said later. Prosecutors, investigators and many more spent 14 months looking at the allegations and could find no evidence, and no credible chain of events. Several adults in the house that day have directly stated it could never have happened.

If you don’t believe the experts, look at it the other way. By 4th August 1992, Allen has spent millions fighting for custody of his children (Dylan and Satchel). Millions spent and months later, he goes to his ex partner’s house, a place he is not familiar with, on a supervised custody visit. The house has two nannies who are explicitly directed to watch Allen, as well as Mia Farrow’s friends and other adults. And he would choose a moment when the nannies turned their back to take Dylan to a room with no door to abuse her, for the first and only time.

Allegations against Allen might still stand, but this story does not.

2. Mia Farrow has cried wolf too many times. 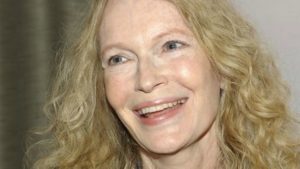 This point gets battered down as irrelevant in some quarters but it is important. Mia Farrow has, over the years, liberally cried wolf all over the place. Her son Moses has attested to being abused by her when the family doesn’t follow suit.

Frank Sinatra. He is not Ronan’s father, but some people will believe anything. Like how an impotent man in his 70s would be having an affair with Mia Farrow. The Sinatra family was notably hurt by the lies, but she said it anyway, because she knew it would hurt people (Farrow hasn’t given back any of the alimony).

She has accused college educated Soon-Yi Previn of being retarded. She mysteriously lost all the documents about Soon-Yi when she was 21 and in college, and then claimed she was 19. And so many more (check out the terrible movie about it).

Mia Farrow is the single worst thing to happen to the case for Woody’s guilt. She blurs the line and obscures the issues with her clear white hot need for revenge. And Allen has kept many, many more of professional and personal ties they made when they were a couple. Whereas Farrow’s career is essentially over. The people who have met both sides, side with Allen.

And I like Mia Farrow. I have also spent more time watching and enjoying her films than you.

3. They have no problem with Allen’s relationship with Soon-Yi Previn. 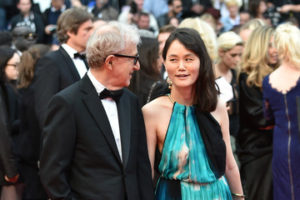 Soon-Yi Previn is the adopted daughter of Andre Previn and Mia Farrow, adopted years before Farrow met Allen. Farrow adopted 14 children in total. When Allen and her began their relationship she was 21, and 22 when it all came out in the press.

Allen and Farrow never married, never lived together, never shared the same address, and Allen never one slept in Mia Farrow’s home. He was never, in any way, a legal guardian for Soon-Yi (that would automatically make their eventual marriage impossible).

Having been attacked by so many, she is now extremely private, but Soon-Yi says she never saw Allen as a father figure. People find this incredible, but Soon-Yi also never saw Mia Farrow as a mother figure. Much has been written about this, but many of Farrow’s children, particularly the ones of Asian descent, claim to be abused and treated like the hired help. Mia Farrow had an unconventional family.

Soon Yi is 47 and married for over 20 years. They are still seen around New York holding hands, and travel everywhere together. And she is not retarded. It’s an unconventional relationship, but a loving one. 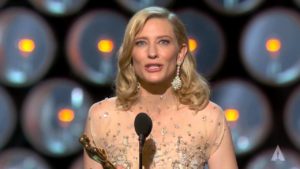 Dylan Farrow has directly called out actresses (almost always women) for working with Allen. Cate Blanchett, Diane Keaton, Emma Stone, Scarlett Johansson etc. It leads to a flood of attacks on these women on social media as enablers. When these women speak out on feminist or empowerment issues, they will always be cut down by someone saying – they worked with Woody Allen.

It is interesting to see the responses, from the actresses and from the fanbases. Stone and Johansson have both made very astute points, and I’m sure having been flooded with hate posts, are probably more resolved to not bow to social media witch hunts. Kristen Stewart, so often a target, understood very clearly how lies and misinformation spreads. Her response was a long the lines of not wanting everyone to believe everything said about her.

Farrow also targets women on the rise, for maximum embarrassment. Blanchett and Winslet, because they were up for awards. Interesting this year, Greta Gerwig is mentioned in her yearly call out. Gerwig has just directed her first film to great acclaim, and it was in 2011 when she worked with Allen. But thousands on Twitter are calling for her to be ‘cancelled’, just as she deserves more recognition.

Up next, interestingly, is Selena Gomez. All the above actresses have great fanbases, but Gomez in particular has a woke, smart, social media active fanbase. Many of them are fighting back. They don’t know Allen is innocent, but they out right reject Gomez being attacked for it. I have seen lots of discussion, not fights, where young smart women turn other women around, to stop blaming to women, and focus on the allegations and alleged abuser.

Allen also isn’t Harvey Weinstein. Weinstein created a network and a workplace environment where he could be abusive. Weinstein abused people with lesser power, and people who worked with him enabled him. Allegations against Allen were a family matter. It would not matter of Allen was a dentist or a filmmaker. Dylan, his only accuser, has never been silenced, and in fact has regular newspaper columns, which many victims of abuse don’t have. (Allen also has the same relationship with Weinstein as Peter Jackson and Paddington – Weinstein owned companies that distributed the films in the US after it was made, as is always the case of every Allen distributor since 1969).

Winslet and Blanchett, as well as Alec Baldwin and many others, have cited that this is a family issue. Unlike Weinstein, it definitely isn’t a workplace issue, a film issue.

5. His films are apparently great. 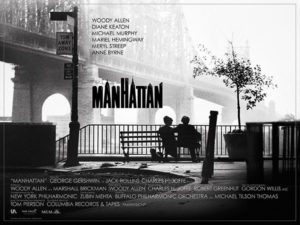 Yes, Allen is an acclaimed filmmaker.

People often cite Manhattan where Allen’s character, 42, has a relationship with Mariel Hemingway’s character, 17, as some sort of evidence of guilt (and some people also take the title of 1989’s Crimes And Misdemeanors as Allen confessing he has committed a crime).

Manhattan isn’t for everyone. None of his 47 films, all of which are consigned to arthouse theatres, are for everyone. Neither is Harold And Maude, Call Me By Your Name, Margaret, Moonlight, or any number great films about human relationships. Allen’s 47 films deal with people having affairs, people getting into relationships based on lies, people falling for the rich and powerful for the wrong reasons, people getting back with their exes and people driven mad by jealousy. People fall for older actresses, time traveling visions, fictional characters, call girls, bosses, doctors, a friend’s spouse, tourists, gangsters and more.

A lot of people don’t like Allen’s films, and don’t like these sorts of films. They will never see something with subtitles and prefer an American remake with Vince Vaughn. And that’s fine. But some people do.

Allen has made dozens of films about murder. I’m sure someone out there believes that means he’s done so in real life.

If you’ve made it this far, well done.I wouldn’t want to be a pair of deaf ears without a helmet after reading this one.

There is plenty of googling you can do, and plenty of people online who are more than happy to fight over any of this. But I write this having just watched the Last Jedi, and I am moved by the sentiment of Rose, that we survive these trying times by saving for what we love, not destroying what we hate.

I know I can keep quiet, and I don’t want to create more division in the world. But I don’t like trial by media against apparent monsters anymore than I like pizzagate. The thing I love is for people to see past the bullshit and the hate bait and have a real discussion. That was my aim. Apologies if I failed.