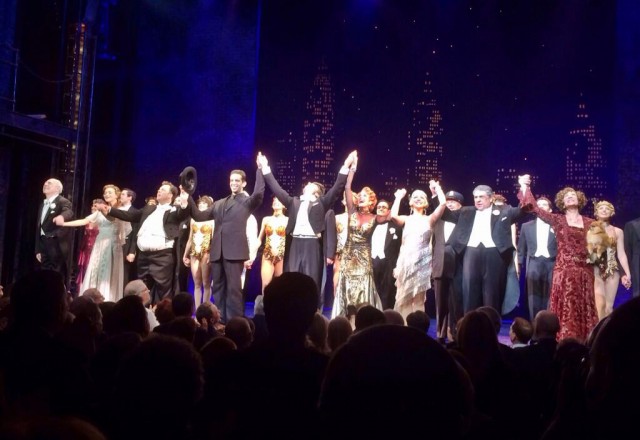 Bullets Over Broadway opened tonight at the St James Theatre in New York City. Celebrities graced the red carpet, including Allen himself. We also have new clips of the musical, and the opening night playbill has been posted online.

Woody Allen was on hand to celebrate the opening of ‘Bullets Over Broadway‘. He doesn’t attend his own film openings so this was a minor surprise. Letty Aronson, Allen’s sister and longtime producer, was also on hand, as well as one cast member of the show – Trixie (and a date?).

At least two alumni of Allen films turned up. Dianne Wiest who won an Oscar for her role in the film version of Bullets Over Broadway, and Elizabeth Berkley, who starred in The Curse Of the Jade Scorpion. Plenty of other celebs abound.

Backstage, the cast and crew took part in the tradiotonal Gypsy Robe ceremony, whilst the Broadway debutants hugged it out.

We also have the very first video with songs from the production. Snippets of ‘(I’ll Be Glad When You’re Dead) You Rascal You’, ‘Taint Nobody’s Biz-ness If I Do’ and ‘Runnin Wild’ can be heard as several scenes play out. 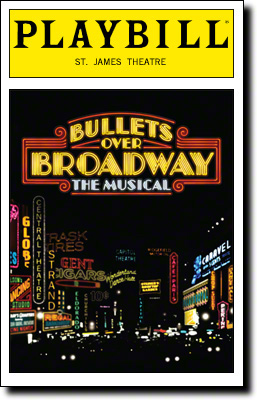 The performance ended with the large cast taking a bow.

Followed by director Susan Stroman being ushered on stage. 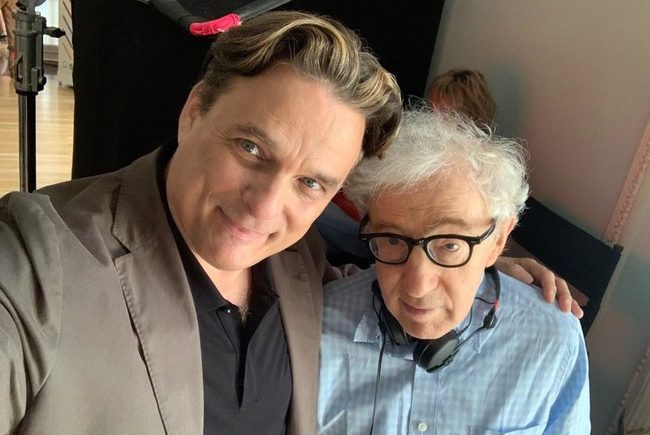