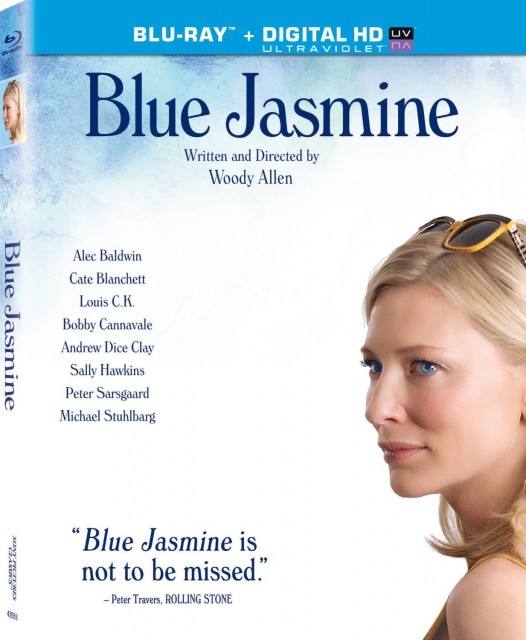 Hot on the heels of several awards for Cate Blanchett, Blue Jasmine – Woody Allen’s 2013 film – is out today in the US on DVD and Blu Ray. It is also available digitally across various services.

The physical version actually contains special features – two short featurettes. One a look at the red carpet premiere, the second is a 25 minute press conference with Blanchett, Peter Sarsgaard and Andrew Dice Clay.

Here’s the full stats for the Blu-Ray:

You can purchase the DVD/Blu-Ray from our own Amazon store. If you purchase from there, it helps with the running of this site. We’ve also sorted other Woody Allen products, and it will be constantly updated. Support us!

With the physical versions out, we can assume that ‘Blue Jasmine‘ has pretty much finished it’s run in theatres. It’s box office worldwide total is $95,907,893, and it’s likely to stay there. It means it is just short of Vicky Cristina Barcelona’s $96.4 million, making it Allen’s third highest grossing film worldwide. Which is a surprise, because ‘Blue Jasmine’ has not performed great in many overseas markets, falling short of what To Rome With Love earned in those markets, despite better reviews.