If you’re a film fan in Melbourne this summer, you can watch some wonderful films at the Rooftop Cinemas. But there’s an added bonus for Woody Allen fans. Local artist Olso Davis has created Melbhattan, a tribute to Melbourne, in the style of the opening sequence in Manhattan. Meticulously animating the Melbourne versions of each shot, it is screening all summer at Rooftop Cinemas.

You can watch the video here, and our interview with Davis after the video. You can find out more about the project at the Melbhattan website.

I’m an illustrator and cartoonist who draws for newspapers and magazines worldwide. I grew up in Tasmania but after six years living overseas I moved to Melbourne. I’ve been living in Melbourne for about ten years. Melbhattan is my first animation.

What inspired this project, how did you put it together and how long did it take to complete?

Of course, the opening sequence to Manhattan had a massive impact on me, as it did for many people. I’d been drawing small black and white cartoon about Melbourne for the Age broadsheet newspaper for about five years I got to a point where I thought that perhaps I could tackle a larger project that directly depicted Melbourne. At the same time I was beginning to see some cultural and aesthetic similarities between Melbourne and Manhattan, and so the idea to cast Melbourne as a Manhattan was born. It started with this cartoon and then I connected the idea to Woody’s work and made the animation. I worked on Melbhattan the animation part-time for about a year.

Melbourne does have a Manhattan feel about it, with the gridded streets of the city. How much New York do you see in Melbourne? Did you come up with the term Melbhattan – or did it exist?

I created the word Melbhattan (well, at least, I haven’t heard it before). There are some building that are definite replicas of ones in Manhattan, especially the neo Gothic buildings. New Yorker cartoonist Roz Chast said, when she was here this year, that parts of Melbourne appeared like a mini-Manhattan.

You tried to recreate each shot from the opening sequence. Which shots were the most difficult or most fun to recreate?

There’s not the vigorous movement of people in my work compared to Woody’s. That was basically a technical issue: I didn’t have the time or the skill to create such intricate animation. I wished I had though …

The music is iconic in the original scene. Biddy Connor supplied the music for your piece. What instructions and discussions did you have with her when you approached the music?

Getting the music right was a priority. I spoke with Biddy a lot about creating a ‘soundtrack to Melbourne’, while at the same time keeping an ear on what Gershwin was doing in Rhapsody in Blue. We wanted people to hear the Gershwin influence, but, perhaps more so, hear something new that worked with my images. Putting a clarinet front and centre was essential.

You really captured some of the quirkier icons of Melbourne. The view of the MCG from the Sofitel toilets, the Crown Casino, etc. What are your favourite parts of Melbourne not found in your average Lonely Planet guide?

The city’s magnificent gardens. they don’t seem to get the attention that the laneways and cafes do. They are almost taken for granted, but many of the ones around the CBD are spectacular.

Melbhattan is screening before every film at the Rooftop Cinemas this season. What’s been the reaction to the video, and what ideas might you work on next?

For a while I will return to drawing for newspapers and magazines; there are no plans for another animation, although I learned a lot making Melbhattan and I’m keen to something new one day. The reaction has been great. (Well, I’ve only heard the good feedback – people who hate it or are indifferent keep quiet, which is nice of them!)

Everyone loves Annie Hall and Manhattan. Apart from those two, what are are your favourite Woody Allen films?

Deconstructing Harry has some wonderful moments. As does Husbands and Wives and Hannah, of course. Even his so-so films have great aspects to them: Judy Davis in Celebrity is hilarious, as are scenes with Drew Barrymore‘s and Tim Roth‘s characters in Everyone Says I Love You. Mira Sorvino in Mighty Aphrodite is brilliant and while it also wasn’t a great film, I felt Woody got a great performance out of Colin Farrrell in Cassandra’s Dream.

We ask everyone this, but for you it might be obvious. Annie Hall or Manhattan? And why?

You can also watch ‘Melbhattan‘ at Rooftop Cinemas in Melbourne this summer. 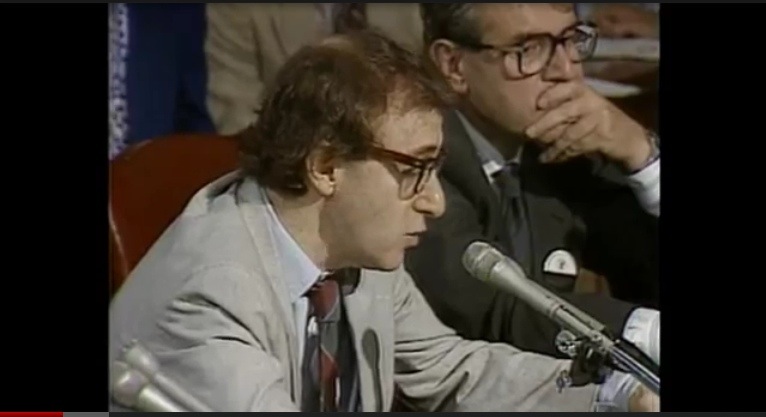